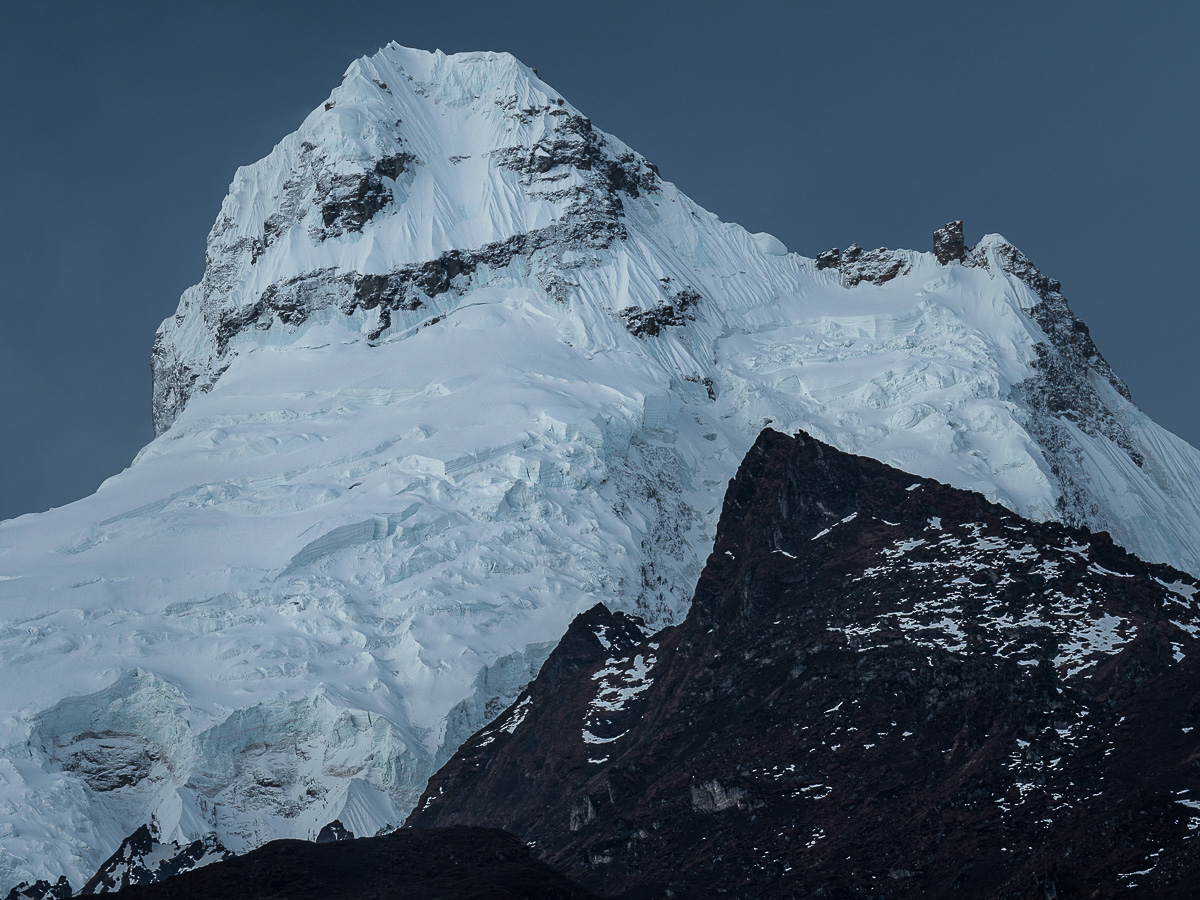 My pants are still too large. The few days spent in Kathmandu were clearly not enough to catch up on fat, but if I want to get a chance to photograph Buddha’s birthday’s celebration in a remote Buddhist village of the Tsum valley, I have to go now. From the town of Soti Khola, three long days of walk in the heat of the jungle will lead us to Chumling, the first village of the Tibetan inhabited valley.

Despite seeing so many beautiful Gurung women on the way I am unable to grab my camera and make photographs. The envy is not there, inspiration has left me. Is that because I feel so tired after the previous treks to Makalu and Kanchenjunga base camps? Or is it a consequence of the numerous refusals I have faced previously? Luckily the passion and the will to document the landscapes and people I meet on the way come back as we reach higher grounds. Mountains and their inhabitants are my source of inspiration I guess…

Although Tsum valley opened to tourism in 2008, important changes have already happened there. Home-stays have been replaced by tourists guest-houses providing the same food and drinks than everywhere else in the Nepalese Himalayas, roads are being built between Nepal and China and gigantic lodges start to grow, ruining the otherwise traditional wood and stone villages surrounded by fields of cereals and potatoes.

I kinda feel lucky to be there now as the place will be totally different in the next five or ten years. But who am I to judge? Life here being so tough, how can I criticize the inhabitants willing to get this extra little bit of comfort, education and healthcare that tourism can provide? I am gonna have to accept this and be grateful that despite the quick rise of tourism in this area traditions are alive and well! Women still carry with pride the ages-old Tibetan dress, mani walls can be seen everywhere — which can be a pain as a tired trekker as you’re supposed to keep them on your right side at all times, often involving a little bit of extra climb — and Buddhist monasteries remain a common sight and are still being built.

Unfortunately, as we reach the first village close to a big monastery, we are told that no celebration will be held for Buddha’s birthday — probably because in Buddhist culture birth can be interpreted as the beginning of the sufferings. As far as suffering is concerned it means that, to me, these three last days of struggle have been in vain. This is what travel and photography are about: efforts aren’t always met with a reward. I have learned this through the years and now accept it. It is part of the game.

However, bad luck sometimes comes as a whole package. A strong pain arose in my calf and after being invited for a Tibetan tea, a drink I usually quite enjoy, made of tea, milk, salt and rancid yak butter, the feared “rotten egg burps” make their apparition. Drinking liters of ginger infusions and garlic soup will have no effect. My stomach keeps playing tricks on me for days. Despite the lack of strength I keep faith and in a couple of hours we climb the 1000m steep slope that lead us at the feet of Ganesh Himal I, II and III summits, beautifully carved titans of stone and ice. Hopefully Kishor, my guide, relieves me of the few extra kilos that make this climb so painful when my body cannot handle it anymore.

As I wake up, dried out, to find water after a night spent emptying myself, I can see the sun rising on the white giants. Even as weak as I am, I can’t resist to their appeal. It is stronger than me, I grab my camera and my tripod and start making photographs. Water will wait. I’ve never felt as miserable when making photographs before, but these breathtaking lights make me forget my pain for a moment and give me a little comfort. At least I have suffered all this night for something. Day after day my condition didn’t improve as I hoped. Although I quite dislike the idea, it’s time for me to rely on the modern technology without which I wouldn’t have survived the adventures I’ve been through so far. Antibiotics, come to my rescue!

As strength comes back, moral improves. The always happy Kishor singing on the way surely helps too. It’s a great asset to have such a positive person at your side when you’re feeling so miserable. I can finally enjoy the pujas held in monasteries or sometimes in makeshift shelters. Tsum valley lays in Gorkha district, epicenter of the 2015 earthquake, and although most of the villages have been rebuilt, in some  places reconstruction is not over. So I have the chance to help and photograph the replacement of the broken electric poles bringing electricity from the hydro power plant a few kilometers away from the small village of Nile. At first, people remained wary, not really letting me photographing them, but after I helped them raise two of the concrete posts, they somehow relaxed and we all enjoyed the experience. Sometimes a little effort is required before you can spend good time with the inhabitants of a touristic place.

I can’t get quite sure why people were so reluctant at first. Maybe some bad experience with tourists or photographers before? But I’ll find this reserve everywhere in the valley. I’ve never had such a tough time photographing people but I take this as a challenge.

After spending a little bit more than a week in this wild and traditional valley that is Tsum, it is now time to head to a place where I can photograph some bigger summits. I am of course speaking about the neighboring Manaslu Conservation Area, home of the 8th highest summit in the world. But enough for today. This will be for another blog post!