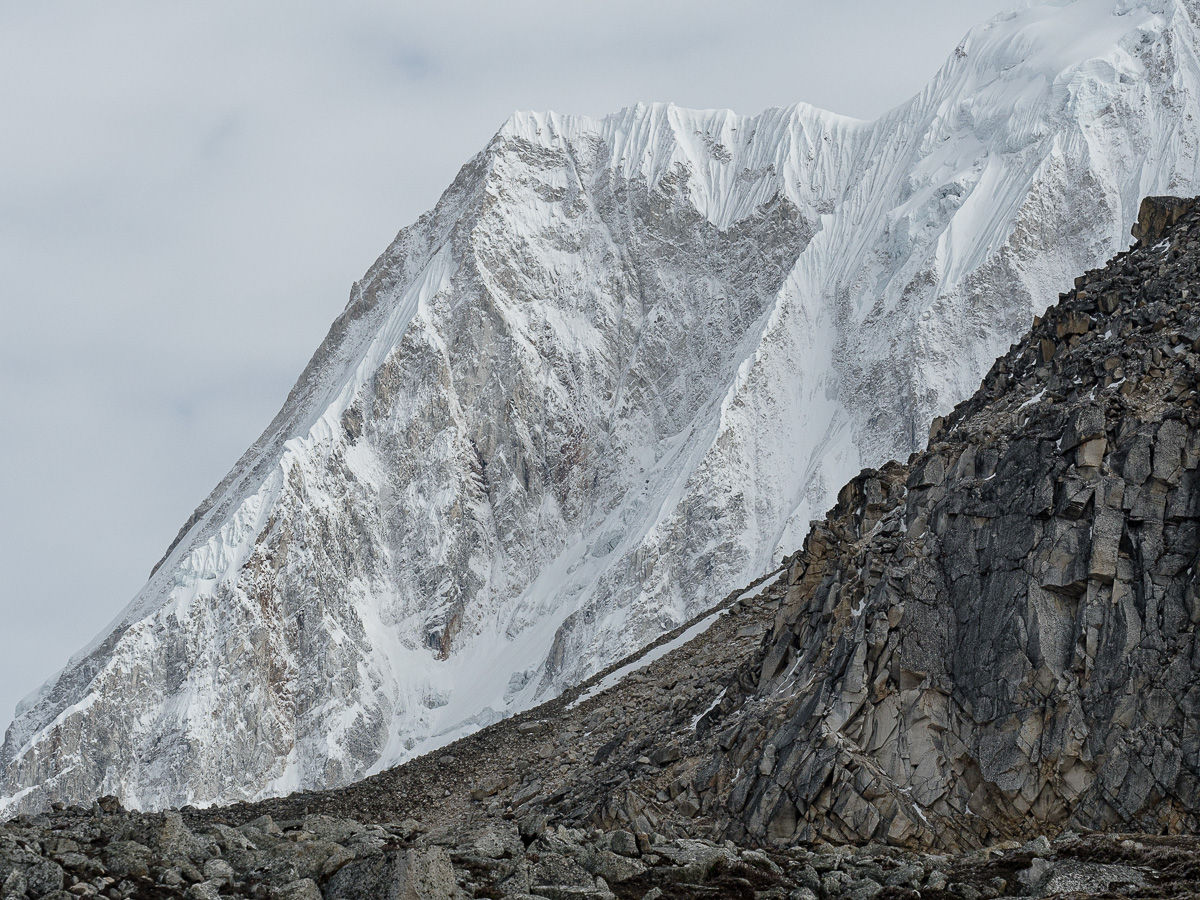 Manaslu — A Race Against Monsoon

It has been pouring with rain since the early morning in the little town of Bimthang, in the Manaslu Conservation Area, where I’m writing these notes. Monsoon has been looming over us for a while, transforming the summits I wanted to photograph into cloud magnets. Eventually, the dreaded bringer of rain has arrived, just one day after we crossed Larkye pass, probably one of the most fulfilling day on this trek.

Looking through the window of the kitchen, sitting by the fire, I recall the events that brought us here. After visiting the Tibetan people of Tsum, we are now in Nubri valley where stands the 8th highest summit in the world, Mount Manaslu. Once again we walk through the jungle under pouring rain. Last night has been restless. I dreamed that I became friend with Donald Trump as we went to parties together… 😅

After two and a half months on the Himalayan paths, despite short stops in Kathmandu, I think loneliness strikes me. I’m usually not the kind of person feeling the need to be surrounded by friends at all time, quite the opposite in fact, but right now I feel the need to meet people sharing the same culture to exchange about anything. Hopefully I brought with me some music. It has this power to carry me back home in distant memories for a short moment, a comforting sensation helping me to shake the blues off.

As I climb the valley, I reckon Manaslu circuit must be very touristic during the season. In some places, huge luxury resorts are being built. A village like Namrung, for example, has been entirely bought by a businessman transforming it into a surreal guest-houses town for tourists. This place must feel like hell when hundreds of trekkers pack into the stones and corrugated iron dormitories. I run away as fast as I can.

As in Tsum valley, making photos of people is a struggle. Not only do they dislike being photographed — which I can understand considering how many times it must have happened before, with or without their consent — but most of the villagers are also gone to the hills to collect the yartsa gunbu, a mushroom growing from the head of a caterpillar, feeding on it, greatly appreciated by Chinese medicine for its aphrodisiac virtues.

Days pass without interesting photographic opportunities until we reach the little town of Sho. “These villages with the short names are the most interesting” a German ethnologist told me on his way back. And interesting it was! As we reach the monastery, people from the surroundings gather in hundreds for a once in a while Buddhist ceremony. After a puja in the monastery, traditional dances are performed by young monks in beautifully crafted costumes and masks.

The ceremony lasts until nightfall, interrupted by pujas, food and alcohol distributions, and blessings in the presence of a young rinpoche. It will only end late at night with a series of traditional Tibetan dances around the fire, in which I gladly participate, until rain puts and end to it. All my worries disappear after such a happy event. It is now with great joy that I continue my trip towards Manaslu hoping for more surprises like this.

Weather remains bland as we reach mountainous grounds, but I finally find the icy summits and roaring glaciers which, when cracking, make you think of a distant plane. The next surprise comes one morning as a hole in the grey curtain of clouds revealing Mount Manaslu in its golden robe, just when I had lost all hope. I thought I would never see the giant I had come for but now it stands in front of me in its majesty. If it’s the last mountain I see on this trek, I will be satisfied. But deep inside me I have the feeling that much more is to be seen…

Meter after meter, in a freezing wind, we arrive in Samdo, the last village of the valley. Here I meet Karsang Diki, a Tibetan lady in whose home I have the surprise to see a ceramic cicada, a souvenir usually found in my native Provence. She explains to me that she had been invited to France a few years ago and we quickly learn that we have common acquaintances. I will follow her the next day as she goes with the other villagers to collect the famous yartsa gunbu. I have been informed that people usually leave around 7AM, but at 6 everyone is already gone. I quickly swallow a bowl of noodles, grab my backpack and go. In it, only the strict necessary. Still, I lag behind the scattering groups of villagers. The climb seems never ending and paths fade as I try to follow the last latecomers, already far away.

It is only when getting close to the Tibetan border, a snow pass a few hundred meters away, that I finally join the collectors, crawling on the ground looking for the stem-shaped mushrooms. We spend the whole day here climbing steep slopes from one place to the next at the mercy of the elements, sometimes reaching the 5000 m, picking them one by one. Sold between 300 to 1000 Nepali Rupees (3 to 10 €) each, families usually collect a few hundreds of them in a month season, making it their main income. Now I understand why all the villages were empty!

Two days later comes the moment I have been waiting for since the beginning of the Manaslu circuit: the crossing of the 5100 m high Larkye pass. After a short night in the over-expensive Spartan lodge of Dharmashala, the 2:30AM alarm clock rings. It is time to climb along the gigantic moraine of Larkya glacier. Path is not really steep but the lack of air can soon be felt, making the climb more difficult. I have high expectations and hope what I’ll see up there will be at least as beautiful as the view from Thorung pass, on the Annapurna circuit, four years ago.

Deceived I will not be! All I hoped for and even more unveils to me as dawn breaks. Summits topped by chaotic glaciers, sharp ridges, and icing on the cake, the crossing of a frozen lake. I feel like in a dream where the rewards earned by the commitment of the previous days are granted to me at once.

The surprise doesn’t end here. The 1500m descent leading to the village of Bimthang offers even more distorted summits, rumbling glaciers and titanic moraines. Never could I have asked for more and as I’m writing these lines, even if monsoon deprives me of the last views on Manaslu and it’s neighbouring mountains, I am a fulfilled photographer. What a great finale!