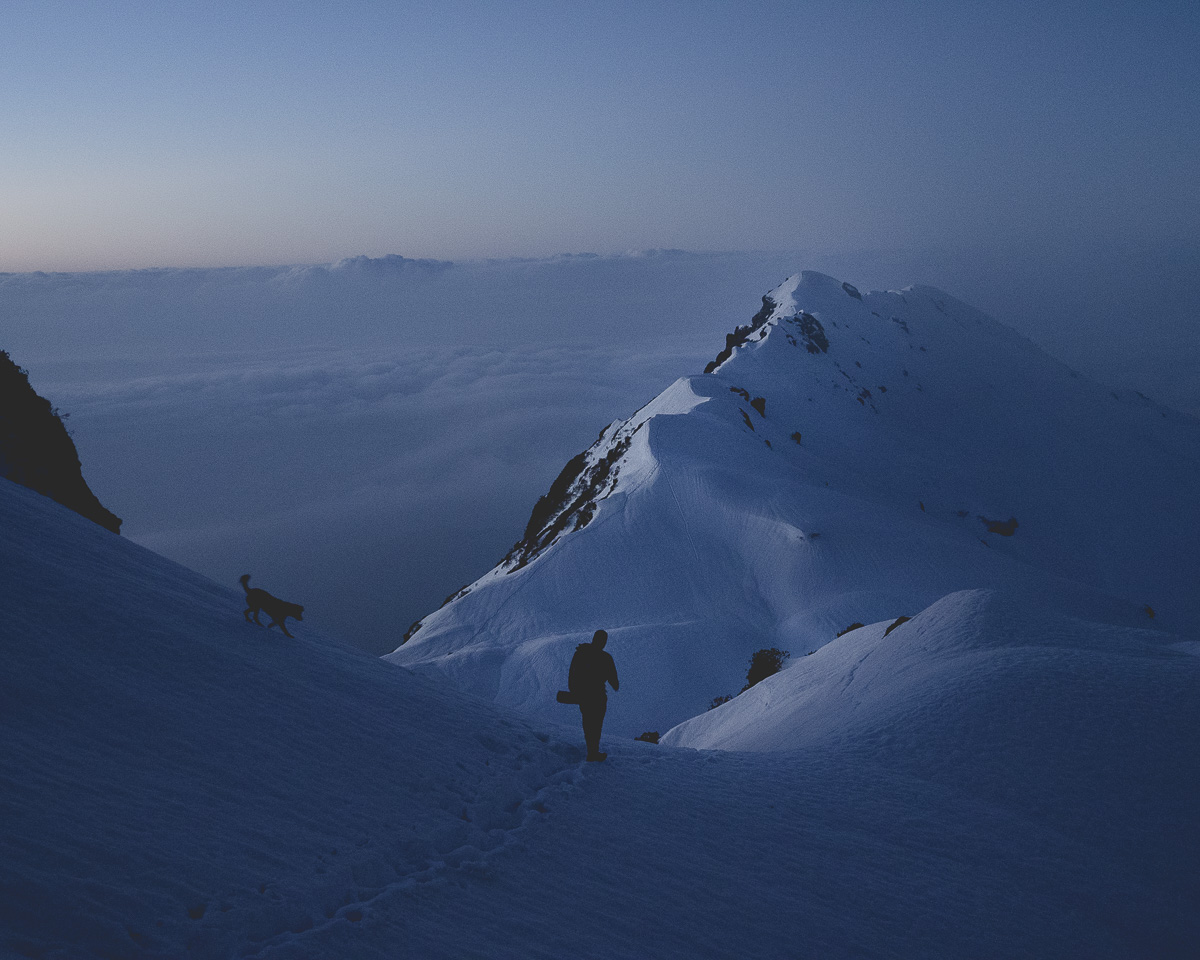 Makalu Trek — On Seizing the Opportunity

Often do photographic opportunities show up when you expect them the least. Being able to recognize and seize these opportunities is an important part of our photographic journey and a skill one can acquire quickly while traveling by simply being observant and open at anytime. When Lost Earth Adventures and I agreed to cooperate on documenting the Makalu base camp trek in the Nepalese Himalayas, I only had a rudimentary idea of what I would experience there. The trek being far less trodden than its counterparts in the Annapurna or Everest regions, the amount of information available was low, which is one of the reasons it caught my attention.

So after going through administrative problems at the airport, a lost luggage for 48 hours and a last minute guide change, gone I finally was. A 24 hours bus ride and 4 more hours in a jeep sitting by boxes of hundreds of smelly chicks later, Tsering, my new guide, and I can finally start the well deserved hike. The first days were pretty much as expected: walking into a deep jungle, crossing traditional villages and meeting villagers on the way. Absolutely lovely. The valley being populated by Sherpas, Rais and Gurungs among others, the diversity and kindness of the people we meet on the way make the pains of the first days of the trek easy to endure. On the way we learn that Makalu base camp, our final destination, is not reachable. Too much snow, it has not melted yet. This is as bad as a trekking news can be. I felt like this trek was cursed and we since overcame the situation, but cursed it remains. What are we gonna do? Without hesitating we go on and we’ll figure out by ourselves.

As we leave the last village towards the closed path, a sherpa team (“sherpa” word can be used with a lowercase ‘s’, in which case it means porter, or with an uppercase ‘S’ to refer to the ethnic group) hired by an expedition to the summit of Makalu is about to go. This is an opportunity we can’t miss. Not only may them help us to reach the base camp, but it is also a great photographic opportunity to follow them and learn about their culture and way of life. So we join their group, about 35 sherpas aged from 17 to 50, in a happy trekking session between two glasses of tchang, the locally brewed beer made of cereals.

The walk is steep and strenuous with molten snow up to the knees, sometimes even hips. Add to this a deep fog and you’ll get quite an idea of what the fun is all about. In the end we reach the mountain hut of Khongma Danda where the Sherpani women are already at work, transforming the stone house, half buried into snow, into a warm and cozy mountain hut. After carrying loads of 30 kg on such a crappy path they still find the strength to deal with all that work, and they do it happily! I feel a deep respect for them.

The next day some sherpas propose to open the rest of the path. But we will have to stay in the hut until it is ready, meaning that with our tight schedule, we will not reach the base camp. Whatever, we’ve already been further than our predecessors, so the further we go the better we’ll feel. Also, most of the sherpas will stay here, so this day will be dedicated to spending a lot of time with them, having fun and taking photos. Clearly not a lost day!

The rest day being over, we move on. The walk is even harder, maybe because of the altitude, but I can finally have a glimpse of the mountain I’m here for, Mount Makalu, the 5th highest summit in the world with its 8,485 meters. I enjoy this ephemeral moment, the beast being slowly covered in clouds. After a few hours struggling, we reach the 4200 m high Shipton pass and realize continuing would not be wise. The snow is melting and the areas we have to cross are prone to avalanches. It’s a tough decision to take but as we say: “a good mountaineer is a living one”. So we decide to stop the adventure and say farewell to our sherpa friends. Although I would have loved to continue in their company until base camp, I think I will not regret this decision.

Early morning the following day, after I thought about a hundred ways to die buried in an avalanche, we depart under a starry sky and on crunchy snow. These are good news as the risks are drastically diminished in these conditions. A stray dog that followed the sherpas now joins us in our descent. I don’t think I will ever meet another photographic occasion like this one! As the sun lazily rises, illuminating the icy summits, all doubts I had disappear. I feel so happy to be there, having experienced all of this. Even though we didn’t reach the base camp, what I have lived these last days is without any doubt something I’ll remember forever. Maybe what I took first as a curse was a benediction after all…