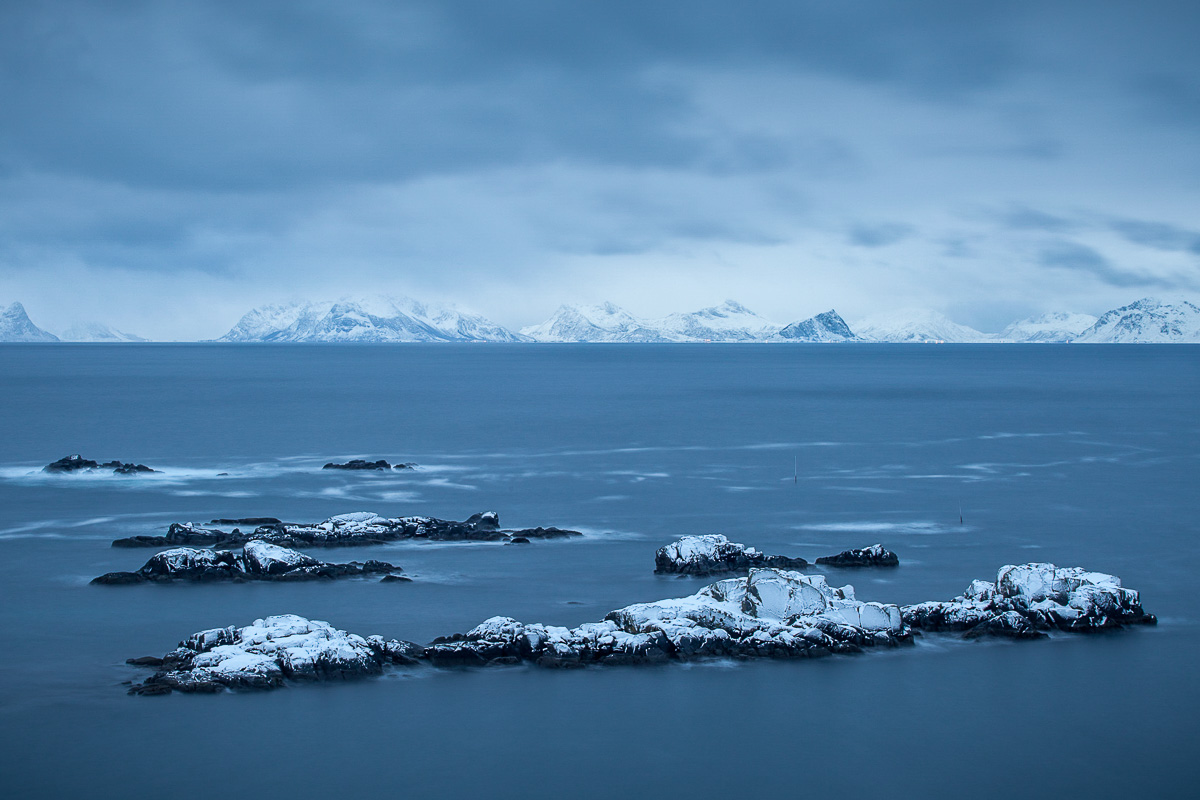 The Tale of the Little Island

Once upon a time, off the coast of Vesterålen, floated a Little Island. On the top of this island stood a lighthouse. A long time ago, people used to live on the island and here they built a village. But in time the People of the Island left their houses and fled to the continent. Ruins of their settlement became the only clue of their presence. Yet, one person remained on the Little Island. People of the Continent called him the Lighthouse Keeper, for he was the one keeping the light on for wayward boats that sailed on the tumultuous waters of northern Norway. Along with the Lighthouse Keeper lived his family and his assistant. All of them were sharing a cosy house on the hill below the light tower, when they were not in the tower itself. Eventually, the services of the Lighthouse Keeper were no longer needed and technology took his place, and so he left. The Little Island was abandoned and feeling all alone. The poor island got used to humans, then remembered the good times spent with them and became sad. However, one day, a lady landed with a crazy project: she wanted to live on the Little Island. Needless to say the Little Island was very excited when she learned of the new arrival!

Humans would then experience sun baths, berry picking and barbecues on the Little Island. However, it was mostly happening in summertime as the ocean was in a good mood during this short period. But once winter came, humans would experience quite another adventure. Storms, rain and snow were the daily routine but the Humans of the Island were not afraid because the Little Island protected them. If it was only for the weather, humans would have quite an easy life on the Little Island; but with the winter came darkness, and with darkness, trolls. And trolls enjoyed playing tricks on humans. Then they started playing with the water pumps, breaking them one by one so that the Humans of the Island would need the help of the Humans of the Sea – Coast Guard – and their big boat to fill the water reserve which had been emptied. When the problem of water had been solved, the trolls got bored and decided to play another trick on the Humans of the Island. Trolls knew very well that humans nowadays need electricity and although they might not be geniuses, trolls knew how to break the generator, and that’s what they did. So the poor Humans of the Island had to stay for a week without electricity, until another Human of the Continent came on the Lady of the Island’s boat to fix what the trolls broke… Do you still follow me? Ok, so let’s continue… 😊

I hope you enjoyed this little tale about the life on a remote island. If you are in a hurry – as you are supposed to in this crazy world – here is a summary in less than 140 characters (poetry included): “Surviving on an island. Water and electricity fucked up. Coast guards filled tanks. No Facebook. Had to read PAPER books… WTF?!”.